What are the fans saying at the moment??

Latics fans on the ‘terraces’ are focussed on three things at the moment: How is Paul Cook still in a job at Latics, where is the striker we desperately need from this transfer window and when are we going to hear from the new owners and/or Royals.

Disgruntled fans around the DW Stadium are calling for Cook’s head, but realistically how likely is this to happen?
Cook in my eyes hasn’t done much wrong, apart from not securing a 15+ goals a year proven striker. He is as upset as we are regarding our current predicament and believes, like we should, that we can and will get out of it.
Our supporters think Windass and Lowe are definitely not the answer to this conundrum, but Moore could be even though this would mean changing the team to suit his game (just watch how Wales play)…. Something the gaffer hasn’t done and looks reluctant to do.
Facts are, the Chairman and the owners are keeping faith with him and because of that the crowd should get behind him rather than booing the team and screaming for Cook to be sacked.
Latics would be 3 points from the summit of the league had we kept hold of our leads this season, plus we have lost games to nil where we have dominated, Middleborough and Swansea are just 2 I can remember.
We are currently 4/6 for the drop at the moment and according to the best offers for new customers we could have been 2/1 for promotion had we kept on to those leads.
So we are doing something right in getting our noses in front, but something is going very wrong on the pitch as we can’t keep those leads.
We either need to go on and kill games, which is what we try to do, look at the stats, they are impressive. Or we need to learn not to self-destruct in defence, especially in the last 15 minutes.
Either way it looks like the Manager is going nowhere, so we need to support him. 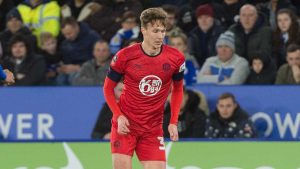 The only action we have seen in the transfer window so far is the loan signing of Dowell, and so far I can only see good things from him. But another midfielder isn’t what we want.
We desperately need to get goals and that has to be with a proven striker or with a player that can work off Kiefer Moore.
We are currently linked with Lee Gregory, Jonson Clarke-Harris and Nahki Wells. But I not over sure they are different from what we have.
Antonee Robinson is rumoured to have been courted by AC Milan, which would be an amazing move for the youngster, but it is a long way from being over the line.
I think the problem with all this transfer window stuff is we want deals done at the beginning not at the end, the fans view is we are getting the dregs, or are desperate to get bodies in and so settle for anything.
Nothing could be further from the truth, but sealing deals at the start of the window would be nice.

Owners and Royals
Not very much to say here, fans are saying they haven’t heard or seen anything of the new owners since they took over the club 26 months ago.
This may be true, Darren Royal has made a couple of appearances at fans forums, but as of yet hasn’t revealed the master plan for where Wigan Athletic are going and when.
No mention of funds has been given and we certainly haven’t seen major investment in the playing squad or anywhere else so far.
They are obviously sticking with Paul Cook no matter what, so in the supporter’s opinion why not give the funds they would have to give if they sacked him and got a new manager in.
I would guess it would cost quite a bit to pay his contract off and they wold then have to give new funds to a new gaffer to form his own team. If your sticking with him, back him I say.
It is just a case of watch this space at the moment…