Reasons For Latics Fans To Be Optimistic

At Christmas, you would have been hard-pressed to find a fan of the Latics that could give a single reason how the season could have been seen as a success come May. But looking back, the club has transitioned well throughout the season and the first full season with new owners could bring with it fresh optimism that the club could build something that all the fans can be proud to call theirs.

The 18th placed finish was comfortable in the end and was helped by the fact that the club only lost once in their last nine fixtures. That sole defeat came at the KCOM against Hull City and was the only low point in the final couple of months of the season. But, what can fans be hopeful about over the summer ahead of the club’s 2019-20 Championship season?

One factor that Latics had in their favour throughout the season under Paul Cook, was their ability to pull a rabbit out of the hat against the bigger teams in the division. There aren’t many other teams in the division that can claim to have beaten Leeds United, Aston Villa, Stoke City and West Bromwich Albion. The biggest of all of these results came against Leeds at Elland Road, where Latics overcome all the football bets to beat the team that was challenging for the title at that point.

This shouldn’t have come as much of a surprise for fans with famous wins glittered in the club’s history. The reputation of Wigan as giant killers has been synonymous with the club, and it has always remained.

The famous win over Manchester City last season remains the last cup defeat that Pep Guardiola’s team has tasted. Should Cook manage to add the ruthlessness to his team against the teams of similar standings, then we could achieve something memorable next term.

While the club may be restricted in players that they can bring in; with the last money-move that was made by the club only consisting of £2 million for Josh Windass from Rangers. The thing that the new owners and manager wants is to ensure is that Nick Powell remains at the club. Last season we again started to see glimpses of why Manchester United paid £6 million for his services. 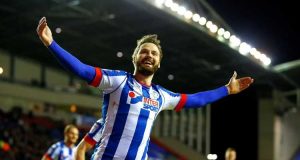 His time at Old Trafford was marred with injuries and was unfortunate that he never managed to make his mark. But their loss has undoubtedly been Wigan’s gain. His loan spell during the 2013-14 season, where he scored seven goals in 31 appearances meant that he opted to try his hand in the Premier League once more with Leicester City and then Hull; but once again injuries played their part. He moved permanently to the club on a free transfer in 2016, and after finishing the recent season as top scorer, his future remains bleak.

He has reportedly turned down a £1 million per year contract with the club and could leave Wigan on a free transfer with both Stoke and Sheffield Wednesday monitoring the situation. The departure of the midfielder will be a worry for the club, and they should do everything they can to tie down their star man.

The young players at the club offer another form of optimism. The money that was spent to bring in Windass was money well spent, as he scored five goals in his debut season with the club. At the tender age of 25, he could play an integral role in the clubs fortunes for the next couple of seasons. One player that could be about to make his breakthrough is Devante Cole.

The young striker was forced to play a back-up role last season, but with the departure of Will Grigg; he could finally be given a chance to lead the line for the Latics.

Lee Evans is another player whose transfer has been brilliant. He moved from Sheffield United in the summer of 2018 and was a vital part in the team and played in over 30 fixtures. The 24-year-old will play an important role next season.

The club is likely to start the season among the favourites to be relegated once again, but fans will be hoping that an unlikely turn in fortune could mean that they can dream for higher grounds.