Talal, A Day out with the Chair

You can purchase your Gillingham tickets for the away game on October 2nd directly from the ticket office or online. Coach seats are available to book online now

END_OF_DOCUMENT_TOKEN_TO_BE_REPLACED

WASC News Wigan Athletic Supporters Club are based in the South Stand Suite. On match day, our doors usually open around 2 hours 30 minutes before the game starts. The latest news item is below, but please keep looking back on the website for all of our latest news....

Following the events of 2020 and the dark times that our beloved football club faced, in March 2021 the Supporters Club received a message from Talal al Hammad…

It is a pleasure to be able to communicate with you at long last.  My team have spoken very highly of you all.  We are excited and privileged to be able to be the new custodians of such a historic and wonderful football club.  I would like to say thank you to all the supporters for the help, dedication and support over these last 9 months which I know have not been easy. I hope we can build a club for the future. The fans and the town deserve no less.

Talal and his team have not only invested in our football club, but in the supporters and our town of Wigan.  We felt it only right therefore, that on his arrival to visit Wigan for the first time, we should offer Talal a “Supporters Tour” of the town.

On first meeting, we headed to Springfield, whilst reminiscing about the history of the club. We passed St Andrew’s Drive, Third Avenue, Second Avenue and stopped at the top of First Avenue.  Talal was presented with a series of photographs, taken from the very place where we were stood.  It was a quiet moment of reflection which ended when Talal exclaimed…” history, history right here”.

We then visited the factory of Uncle Joe’s Mint Balls where Talal donned a hair net and white overalls to watch the famous sweets being made by hand using the 123-year-old process. Talal was impressed by the family ethos surrounding the business and the team of local staff that are employed there.  We enjoyed a hot sweet straight from the belt and Talal made sure that the owners, Antony and John Winnard were coming to the Rotherham game on Saturday!

Time for a spot of lunch and of course we couldn’t let Talal eat anything other than a pie! We were welcomed by local businesswomen Jess and Leah from Double B’s café in Springfield along with members of the SC committee. They had organised homemade meat and potato pies for us…when Talal exclaimed “I would like chunky meat!”  He didn’t quite get the Wigan twang of “meyt” right…but it is definitely coming along!

Talal was keen to meet some junior fans of Latics and so we drove up to Winstanley, where lifelong Latics fan Steve Riley was hosting a summer football camp for over 80 young children.

On sight of Talal the children (and many of the parents!) flocked around Talal, taking selfies, photos and asking for autographs!  One boy was wearing a Liverpool shirt and Talal re-dressed him in a Latics top, presented to the club as a thank you for hosting us.

Our final appointment of the day was at the Town Hall, where council staff who had worked so hard with the Supporters Club through administration were reunited for afternoon tea with the Mayor of Wigan, Yvonne Klieve and the Leader of the Council, David Molyneux.   Talal was presented with a photograph of the team in 2013 being celebrated outside the town hall following the FA Cup win!  He told us that winning the FA Cup had put Wigan on the world map of football and from that moment, in Bahrain, Wigan were famous for beating Manchester City to win the FA Cup.

We moved across to the Museum of Wigan Life where a special exhibition of Wigan Athletic historical artefacts had been prepared for Talal.  Archivist, Alex Miller took Talal through a potted history of the Football Club, from its time as Wigan Borough in the 1920’s to the eventual formation of the current club in 1932.

It was a truly fantastic day, and Talal returned home with armfuls of Wigan gifts to read, eat, and enjoy.

Upon leaving us, Talal said “What is a football club? It is not the logo, the stadium, even the team. Without the fans, the history and passion for it in the town, you have nothing”.

After spending the day with Talal, one thing is certain, Wigan Athletic gets to you, and it seems it is already in Talal’s blood!

We hope that on Saturday 14th August he is greeted with a huge rousing reception as we return to our home to watch our beloved club play once again, after the most difficult year any football fan could ever experience.

From all the team at Wigan Athletic Supporters Club 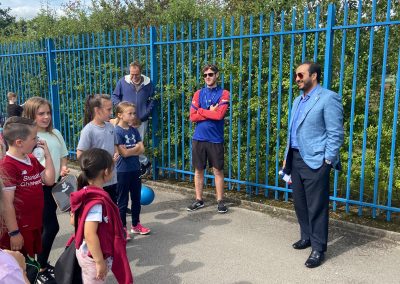 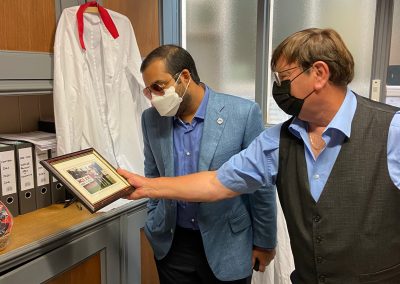 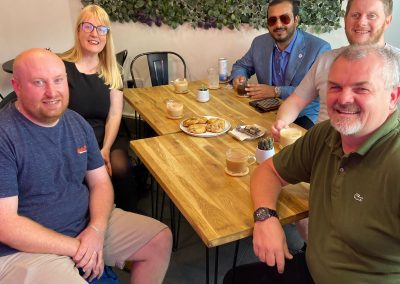 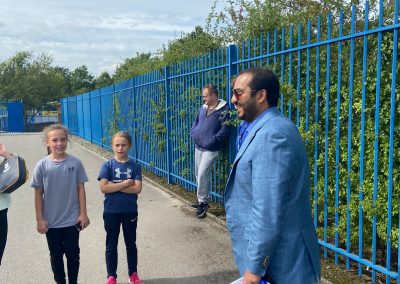 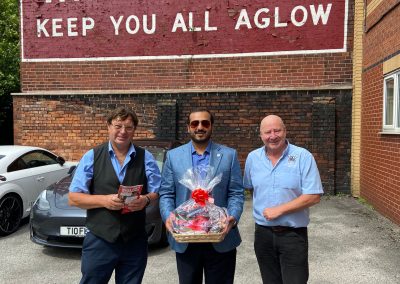 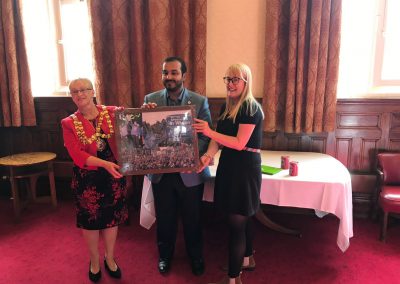 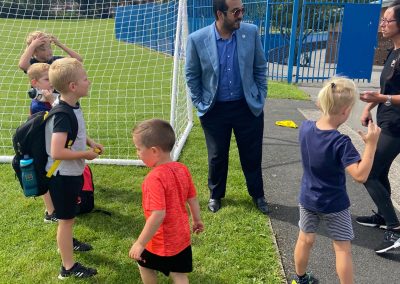 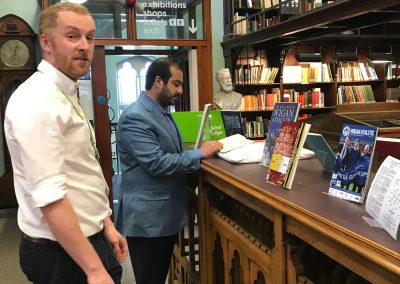 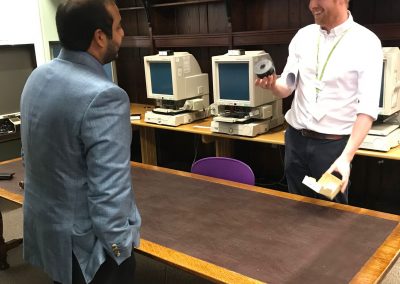 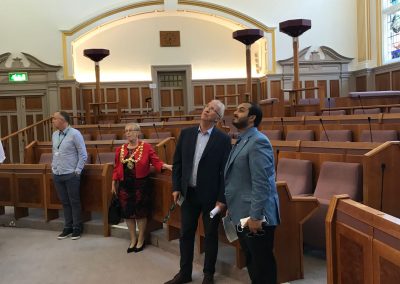