The 1970/1971 season is one which lives strongly in the memories of Latics’ supporters.  There was hope, there was promise; there was success, there was glorious defeat, and there was bitter, bitter disappointment caused by 92 pens.

Gordon Milne
Wigan Athletic in 1970/71 were playing in the third season of the Northern Premier League.  In January 1970 Gordon Milne, the former Liverpool star had taken over as manager after the former manager Ian McNeill had left after an argument with the Chairman.

Latics had entertained Russian side Metallist Kharkov, which according to rumour included Mikhail Gorbachev in the party (click here for more info) and although missing out on election into the League, being pipped by Cambridge to take Bradford Park Avenue’s place, Latics did poll one more vote than the unfortunate Yorkshiremen.

Derek Temple
During the close season Milne bought ex-Evertonian Derek Temple from Preston for just £4,000.  But the star of the season was Geoff Davies, bought from Northwich Victoria, who scored 20 goals by the end of October, more than he scored in the whole of the previous season at Northwich.  He went on to score a total of 42 goals, including an amazing seven hat-tricks.

Crowd numbers grew at Springfield Park, and on Boxing Day the game against top of the League Stafford Rangers drew 8,107.   Latics won 4-1, and the end of the season saw them Northern Premier League champions, losing only two games in the whole campaign.

The programme for the game
But it is in the FA Cup that Latics made their name – albeit with a defeat.  After making their way through to the competition proper, in the second round they beat League team Peterborough United 2-1 with a last-minute penalty in front of a massive home crowd of 17,180 (yes, that is sevenTEEN thousand!!).

The third round draw pitted them against Manchester City away at Maine Road.  City at the time were holders of the League Cup and European Cup-Winners Cup and were doing well in the League.  Their team that day, 2 January 1971, was full of star names:  Joe Corrigan in goal; Tony Book, Arthur Mann, Mike Doyle, Tommy Booth, Alan Oakes, Mike Summerbee, Colin Bell, Francis Lee, Neil Young and Derek Jeffries, with Frank Carrodus on the bench.

The referee was one of the top officials of the time, Pat Partridge from Middlesbrough.

Both teams changed their strip, City into their renowned (at the time) black and red striped shirts with black shorts – the colours they’d worn to victory in both the FA Cup in 1969 and the European Cup-Winners Cup in 1970.  Latics wore all white with blue trim.  But best of all, BBC’s “Match of the Day” cameras were there to record the scene.

The 1970/71 team Back row: Ian Ledgard, Derek Temple, Billy Sutherland, Roberts, Dennis Reeves, Geoff Davies, Kenny Morris, Dave Breen, Savage Front Row: Doug Coutts, Ian Gillibrand, Gordon Milne, Bobby Todd, Jim Fleming
Not being overawed by their European trophy-holding opponents, or by the 46,212 fans (City’s record crowd of the season), Latics held out until the 72nd minute when goalkeeper Dennis Reeves’ boot split when taking a goal-kick.  The ball went to Neil Young, who flicked it inside to Colin Bell, who made no mistake.  One goal was enough for City, and two late fine saves from Joe Corrigan put paid to Latics’ dreams.  They received a standing ovation from the crowd.

Doug Coutts heads away a shot by Colin Bell
At the end of the season, with a walk-away NPL title under their belts, and the public exposure and acclaim from the City game, Latics went into the Football League meeting at the Café Royale with immense optimism that they would be bringing League football to the borough.  As it was the four League clubs applying for re-election, Lincoln, Barrow, Hartlepool and Newport polled 47, 38, 33 and 33 votes respectively.  Southern League Hereford gained 22 votes, while Latics only received 14 votes.

It is said that club chairman Ken Cowap gave each of the voting representatives a Parker pen – valued at two pounds each.  And this was considered by many to be an attempt to influence the votes, and backfired.  Whether this is true or not we will probably never know.  Certainly the following year when Hereford were voted in on the back of their famous Cup win against Newcastle, they gave everyone a china bull without detriment.

Whatever the reason – it was another seven years before Latics’ knocking on the League door became too loud to ignore.  But 1970/1971 certainly was some season! 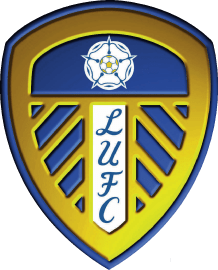