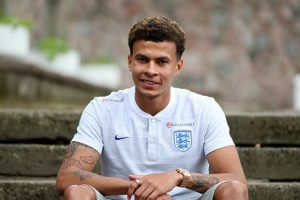 For most Latics fans, the season ended with that 1-0 win to Millwall on 5th May, with the team getting a well-earned celebration after a nice flourish towards the end of the season calmed any fears of relegation. Yes, fans didn’t get everything they wanted, but performances since mid-March certainly gives Paul Cook a platform over the summer.

However, if die-hard fans felt that they would spend the next couple of months endlessly refreshing the pages of transfer rumour websites, it might surprise them to know that there is a lot of football coming up over the next two months. There might even be a chance to do a bit of scouting for potential Wigan signings ahead of the new season.

First up is the inaugural UEFA Nations League finals, where England will be hoping to build on last season’s World Cup heroics. Bookies are split over Portugal and England as favourites, with Bet365 going 7/4 on Gareth Southgate’s men and 2/1 on the hosts. However, you can check the best betting sites in May for the latest prices, which could change when the squads are announced. England will play their opening game against the Netherlands on 5th June, with the winner going on to the final three days later in Porto.

It doesn’t look likely that Sam Morsy will get called up to the Egypt squad for the African Cup of Nations (21st June – 19th July), which is being held in summer for the first time. Morsy was last called up to the Pharaohs’ squad last November for a friendly against Tunisia, but Egypt have hugely talented squad and are 4/1 favourites (888sport) to win the tournament on home turf.

While the England men’s team look like they are building something special, the women’s team are positively buzzing after the She Believes Cup win. The Lionesses will start the 2019 World Cup as 7/1 shots with Betway, making them fourth favourites for the competition. Yet, Phil Neville’s team will be brimming with confidence and look nailed on to reach the latter stages at least. Hosts France and the USA are co-favourites at 7/2, but don’t rule out this England side. Incidentally, BBC has complete coverage of the World Cup from 7th June to 7th July. 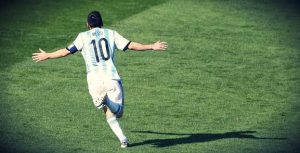 If you are a bit of a night owl, then the likes of Lionel Messi, Neymar and Luis Suarez will be duking it out on the other side of the planet in the Copa America. Brazil are hosting the tournament, and they are massive favourites at 23/20 (888sport) to win lift the trophy at the Maracanã on 7th July.

Incredibly, there are three international football finals played on 7th July: the aforementioned Women’s World Cup Final and Copa America Final, as well as the CONCACAF Gold Cup Final. Wigan’s loanee from Everton, Antonee Robinson, might make the USA squad, although the 21-year-old is still eligible for England. USA and Mexico are favourites for the competition which they have won thirteen times between them.

By the time we get through all of this, the Europa League and Champions League qualifying campaigns will have got underway again, as well as Wigan’s preseason, so there isn’t much of a break in the football schedule at all this summer. Perhaps it’s a bit too much as more and more players can be fatigued at the start of the season, yet football fanatics won’t be complaining.